On Sunday, January 27th, 2015 international students group CuperTino at St. Francis Parish in Jönköping celebrated feast of the Holy Family – the only Mass in English language during the Octave of Nativity of the Lord and the last Mass in English in 2015.

During that Mass, which started at 4 PM in Oratory, students sang Christmas carols ”Silent night” and ”O come all ye faithful.” Smaller than usual congregation attended the Mass, but it gave more familial feeling to those participating. Students who were present didn’t forget in their thoughts and prayers (in particular in the ”Prayer of the faithful”) all members of CuperTino group, who went home or spent their Christmas and New Year’s break from the university, traveling through Sweden and Europe. We were encouraged by the liturgy second reading: ”we have confidence in God and receive from him whatever we ask, because we keep his commandments and do what pleases him. And his commandment is this: we should believe in the name of his Son, Jesus Christ, and love one another just as he commanded us” (1 John 3:21-23).

In the homily fr. Wladek reminded that if we take away Jesus Christ from ”Christ-mas” (something that we see quite often in Western culture today), we remain exactly with only that what’s left: ”-mas”. Christmas without Christ is a ”mess” – a massive hectic, frantic shopping, pompous decorating, uncontrolled eating and drinking and at the end complete physical, mental and spiritual exhaustion and ”hang-over.” Christmas without Christ is like a very expensive and ornate frame without any painting inside.

Christ, whom we put in the center of Christmas, just as He was the center of the Holy Family, points to us Heaven: this is His and our HOME. ”My home is by your altars, LORD of hosts, my king and my God! Blessed are those who dwell in your house! They never cease to praise you.” (Ps 84:4-5) ”Did you not know that I must be in my Father’s house?” – Jesus asks Mary and Joseph in the Gospel. God made Man points to us that if we want to built a happy, wholesome and holy marriages and families, we have to make God their foundation.

The Eucharistic celebration took us to Betlehem – the “House of Bread” where Jesus was born. At the moment of consecration of bread and wine, our Oratory became Betlehem, and at the Communion Christ in His Body and Blood came to our hearts, to be Emmanuel – God with us.

After the Mass the group took ”family photo” in front of outdoor Christmas Nativity scene (Julkrubba), decorated with snow, which just fell that Sunday morning. We sang twice ”Happy Birthday” to Jesus for two millennia since His Nativity.

While oven and stove in the kitchen were warming up the food, we started the second part of the celebration of Jesus’ Birthday (Christmas) in St. Anthony’s room with sharing ”opłatek” (Christmas wafer) – tradition explained by fr. Wladek. Christmas wafer (Polish: ”opłatek” – from Latin ”oblatum” – offering) is the unleavened wafer baked from wheat flour and water, identical to the bread consecrated as the Eucharist during celebration of the Mass in the Roman Catholic Church. The Christmas wafer symbolizes the unity of the family. Breaking that wafer with one another symbolizes love, forgiveness and reconciliation. The custom of breaking the Christmas wafer began in Poland in the 10th century and in the 17th century spread throughout the Polish-Lithuanian Commonwealth and neighboring countries. Since the 19th century ”opłatek” is often embossed with Christmas related images, like the Nativity scene, Virgin Mary with Baby Jesus, or the Star of Bethlehem. In the 20th century custom of sharing Christmas wafer went beyond families to the Christmas meetings of co-workers or students.

After breaking and sharing Christmas wafer and greetings we had some traditional Swedish Christmas food and drink: glögg (spiced warmed wine) and julmust (Swedish version of Coca-Cola for Christmas), few kinds of sill (herrings), lax (salmon) and ”Janssons frestelse” (”Jansson’s temptation” – Swedish casserole for Christmas, made of potatoes, onions, pickled sprats – anchovies, bread crumbs and cream), rödbetssallad (red beets with mayonnaise), Prince korv (small sausages, like 1/4 of a regular hot-dog) and julköttbullar (meatballs for Christmas). There were also some non-traditional dishes like ”Russian salad” (cooked vegetables salad with mayo), Indian ”naan bread” and sweet and sour chicken. For dessert was served home made pumpkin pie (which has the same spices as traditional Swedish pepparkakor – gingerbread cookies), with ice cream.

While eating, the CuperTino students were watching ”The Nativity story” movie from 2006, directed by Catherine Hardwicke. It is already a tradition that the last Sunday in December is a “movie night” for CuperTino, with a film that speaks about the value of the family. “Christmas movie above all others,” according to the review of “The Nativity story” in Swedish ”Katolskt Magasin” was chosen for this year. After the movie, even though it was late, students shared their thought and impressions generated by the film.

This was the last meeting of CuperTino student group in year 2015. The group begun its existence in January 2014, when international students from Jönköping University asked fr. Joseph Maria Nilsson – pastor of St. Francis parish in Jönköping for possibility of having Catholic Mass in English language. In previous years such Mass was celebrated, when among Conventual Franciscans, working in the parish were friars interested in youth ministry and knowing the English language well enough. Fr. Joseph assigned fr. Wladek Mezyk – newly arrived to Jönköping’s parish Franciscan priest, who worked previously in USA and Canada – to undertake the task of “pastoral care of international Catholic students.” First Mass for students was celebrated on January 26th, 2014 and group of students was formed. Sunday Masses in English, open to all willing to participate in the liturgy in that language, started to be celebrated regularly on every 2nd and 4th Sunday of the month (except July and August) at 4.00 PM with a community meal (“fika”) afterwards.

In February 2014 St. Joseph of Cupertino – Conventual Franciscan saint, patron of students undergoing examination became also patron of the group, which started to call itself after him ”CuperTino.”

Soon students requested to have possibility of Rosary prayer in English, preceding the Mass, as well as opportunity of confession in English half hour before the Mass. CuperTino group schedule contains also Wednesday Bible study and prayer meetings, occasional singing group rehearsals, as well as participation in Adoration for Vocations to marriage, religious life and priesthood on first Fridays of the month. Students participated in St. Francis parish celebrations, like Easter, Corpus Christi procession, or Diocesan Pilgrimage to Vadstena.

Group members together with their chaplain organize also their own events, like Students Carnival, Midsummer Grill, All Saints Eve Party on October 31st, Royal Pizza Night on feast of Christ the King, movie nights as well as communal celebrations for Christmas and Easter.

Fr. Wladek plans to continue CuperTino group program in 2016 and hopes that it will be possible to organize Weekend Retreat for students in the end of January at the Dominican Sisters cloister in Rögle near Lund. This would be the first weekend retreat in 2-years-long history of CuperTino.
Group members created their own place on Facebook www.facebook.com/groups/648071468589472/

Information about the student’s ministry is also available at the parish website www.franciskus-jonkoping.net/studentgruppen-cupertino 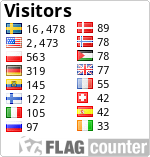